The Elders Service Team has had a busy year as we continue helping develop elderships all around the world. 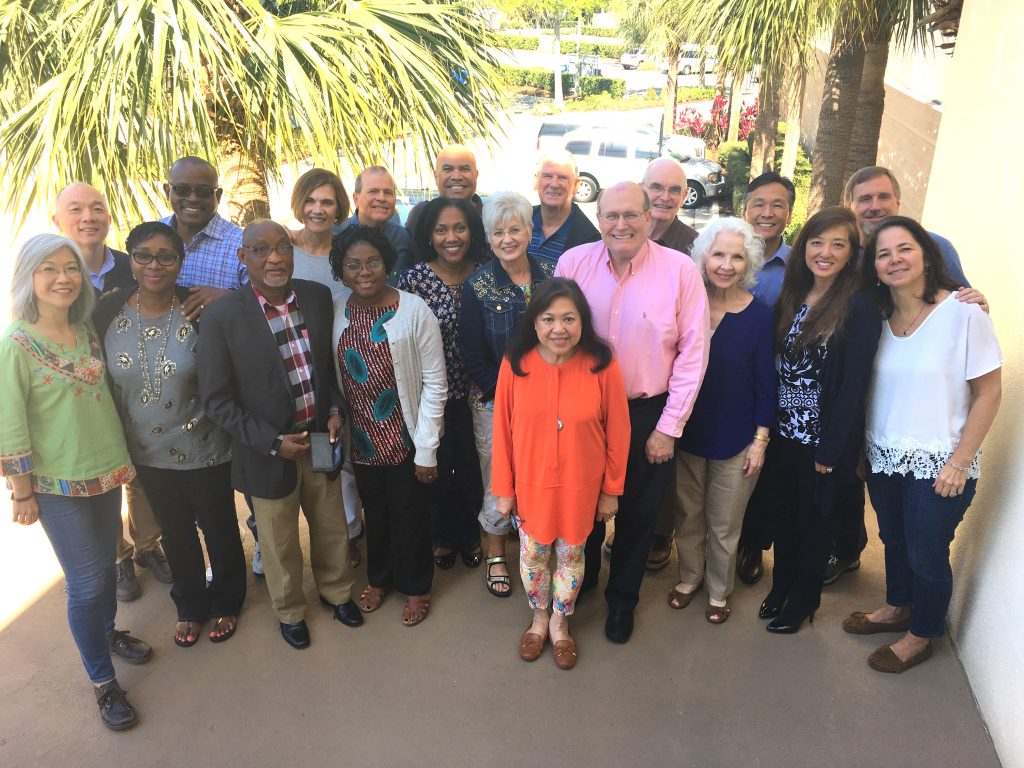 One of the ways we hope to help churches in the future is that we have almost finished an elder handbook with articles from each member of the service team addressing specific teaching on the qualities, roles and function of elders. This will be a resource for churches to use as they help men rise up and serve in the vital role of an elder as our churches mature. In April the very first elders among our churches were appointed in South America (Buenos Aires) and in Central America (Mexico City)!

Another project has been discovering the names and contact information of elders in churches from every corner of the world. A request was sent to our churches to provide this information and a preliminary list was completed in March 2018. It was exciting to see that churches responded with the names of over 215 men who serve in this capacity. It was quickly discovered that this list needed to be amended with information that had not been sent or with the appointment of new elders in various churches worldwide. This list of elders will be finished soon.

The various subcommittees have been engaged in the roles that have been assigned to them throughout the year.

Elders Service Team : The membership on the Elders committee has gone through some major changes in the last few months. Sam Laing moved to South Carolina in November 2017 and then decided in January 2018 to step down from the committee due to the limitations of his time. Israel Ereola from Nigeria made the same decision in February as it became necessary for him to focus on the needs of the Nigerian churches. They became emeritus members of the committee joining Ron Brumley in that status. Other challenges to our membership have been the continued health challenges for the Shaws and Bairds. Wyndham and Al have been able to participate in the discussions and decisions, but their travel to the meetings have been curtailed due to their situations. Please continue to pray for Gloria and Wyndham.

One of the results of the changes and challenges in our membership is that we see clearly the need to add more elders to the committee. The desire is to add elders from outside the United States to give a global perspective. Names of men from different families of churches have been nominated and we are in the process of reviewing their qualities and enlisting the help of churches they serve in helping determine if this would be a good role for them to serve in. We hope to have several to meet with by the end of the year and use the delegates meeting in Panama as one of the venues to accomplish this.

Finally, elders from the Elders Service Team have been very involved in the ICOC 3.0 discussions and proposal process that began over the last few years. Walter Evans was chosen as chairman of the Peacemaking (Conflict Resolution) Task Force and Dan Liu as Chairman of the Finances Task Force. Several other elders served on the proposal committees to aid in the ICOC 3.0 process as we make decisions how to operate as a family of churches in the future. Please continue to pray for these men, their wives and families as they shepherd.