The second term of the service team advanced the youth and family model around our churches and developed the “Eleven Characteristics of Healthy Youth and Family Ministry”. This team also facilitated the 2011 ICYFM in Long Beach. Local Youth and Family conferences also began in different locations globally including Johannesburg, Southeast Asia, Lagos, etc.

In its third term, the service team held the ICYFM in New York City in 2013. This conference was in conjunction with the annual delegates meeting to allow leaders from around the world to participate. The conference ended with the 30th anniversary service of the New York City Church. At Reach 2016, there were 2,600 teens in attendance from across North America. It was one of the largest gatherings of youth our movement has ever seen.

The current and fourth service team was formed in 2016 and now includes eight couples, with a goal of increasing over the coming months. The current members are: 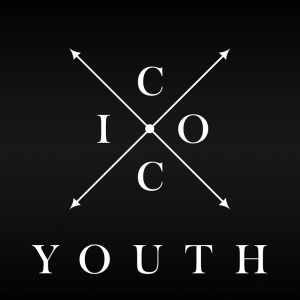 This team, along with the Rhyne’s (Denver), Kim’s (Denver) and Bergem’s (San Diego) did groundbreaking work planning our fellowship’s first ever “Family Conference”, which was entitled: “All Generations”. This event placed the traditional ICYFM in a track and accompanied it with an outstanding parenting track, as well as an exciting track focused on Children’s Ministry. The combined attendance of the three tracks totaled 1,166. The nearly 500 youth and family leaders also had a powerful track. Worth noting is the fact that nearly 75% of those leaders attending this track had never been to any of our previous ICYFM events. A paradigm shift sees our family of churches continuing to work from a youth and family ministry model, while aiming to encompass all ages from “cradle to campus.”

Over the past 11 years God has worked through the previous service teams to do great work. The current team has the following goals, elaborated upon in our previous report:

There will be powerful preaching, teaching, training and discussions on building inspiring youth and family ministries in the whole range of congregation sizes.

There will be training sessions and discussions on:

Some key lesson topics will include:

For details about the 2018 Youth and Family Leadership Conference “All Generations – EQUIP” in Dallas this October, please click here.

Much has been done, and there remains even more to do! It is a privilege and honor to serve in this way. The team is open to advice, thoughts and requests. Any member of the service team is willing to dialogue regarding such things. May God bless all of our efforts!