Formation and Funding of a Kingdom Unity Fund

We are grateful to be part of the body of Christ and part of our families of churches who are so committed to God, to each other and to taking the good news of Jesus to every person. We are also grateful for the leadership God provides among our family to help us examine our faith to see how we can better serve God. Earlier this year, the ICOC 3.0 Forward by Faith discussions were held in every one of our 34 regional families around the globe including 2400 leaders. The results of those discussions stimulated the forming of five task forces to address areas of consensus. The Finances Task Force submits this report in response to the charge given to us to present options for funding for global needs. 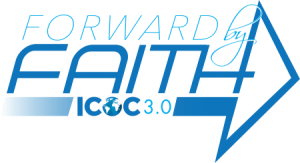 As reported in the global discussion results, 78% of participants answered “Yes” to the question: “Do you believe that if given a clear explanation, and time for implementation, that churches in your part of the fellowship would be open to supporting “brotherhood efforts”?

We already have experience in collective financing for benevolence through HOPE worldwide and global communication through Disciples Today and ICOC Hot News. Recently the Delegates established the ICOC Events non-profit to coordinate Delegates-sponsored events.

Needs for possible worldwide funding have been identified by the Conflict Resolution, Structure, and Communications Task Forces. The focus of the Finances Task Force, therefore, is to discuss means by which unified funding can be structured and managed to achieve purposes defined by the Forward by Faith deliberations.

Scripture supports the concept of funds being collected and pooled for purposes beyond a local ministry. Paul gathered funds from churches in Europe and Asia for support of the church in Jerusalem and the surrounding area. In 1 Corinthians 16:1-4, the established approach was collections among the churches, with the funds held until they were brought together, carried to Jerusalem and entrusted to the church there. No formalized banking structures existed then, so the funds were surely represented exclusively in cash.

Attention was paid to the administration and accountability of those funds. In 2 Corinthians 8:16-24, Paul endorsed Titus and two other brothers who would accompany him, all of whom were known or attested to by the churches for their trustworthiness in handling this task.

1. Creation of a Non-Profit Unity Entity –

2. Oversight and Accountability of the Unity Entity

If Option A is the consensus of the Delegates at the Chicago meeting in October, the next conceptual decision is how to provide oversight and accountability. As a non-profit corporation, the Unity Entity would be governed by a Board of Directors comprised of an appropriate representation of the ICOC worldwide body. The entity’s finances and disbursements will be transparent, with accountability to the global leadership structure. Periodic review will be applied to the effectiveness of all disbursements made from the Unity Fund.

The Finance Task Force suggests the following concept options for selection of the Board of Directors to govern the Unity Entity:

As explained in the ICOC 3.0 process, “The Task Forces would then refine the selected conceptual solution with a more thorough study over the coming months resulting in specific proposals that will be submitted for discussion and approval through the Delegates Proposal Process in 2018.” If the Delegates select the option to create a non-profit Unity Entity, then the Finances Task Force will follow this direction to create a specific proposal. Below are recommendations that we have for that future proposal:

The Bible encourages giving for non-local needs and praises those who give out of their own poverty. All churches should be given the opportunity to contribute, although this should be done on a completely voluntary basis (2 Corinthians 8:1-7). The Bible also supports the principles of making financial commitments in advance of the time of collection and of making administrative preparation for collections (2 Corinthians 9:1-5).

Recommendation for Sources of Funds

Assuming that approval is reached for the Unity Fund concept, the Finances Task Force recommends that the funding be requested through an Appeal prefaced with a presentation of the needs, with flexible options for collection, as described below:

Recommendations for Solicitation of Funding

We eagerly await the Holy Spirit’s direction among us. We fully acknowledge that our reliance is on the power of God to work through whatever plans he reveals.