In 2016, God continued to refine and renew us as he faithfully leads each one of us on the Elders Service Team. Two of our couples in particular faced health challenges. Gloria Baird underwent another round of chemotherapy and Al Baird underwent back surgery near the end of the year. Wyndham Shaw continued to face undiagnosed difficulties with his health. We ask for prayers and God’s grace for our group as we seek to serve him and channel his power and grace in all our endeavors and interactions. In spite of such challenges faced, both the Shaws and the Bairds attended the St. Louis discipleship conference, Reach2016, where they shared and taught powerfully.

“Your faithfulness continues through all generations; you established the earth, and it endures.” – Psalm 119:90 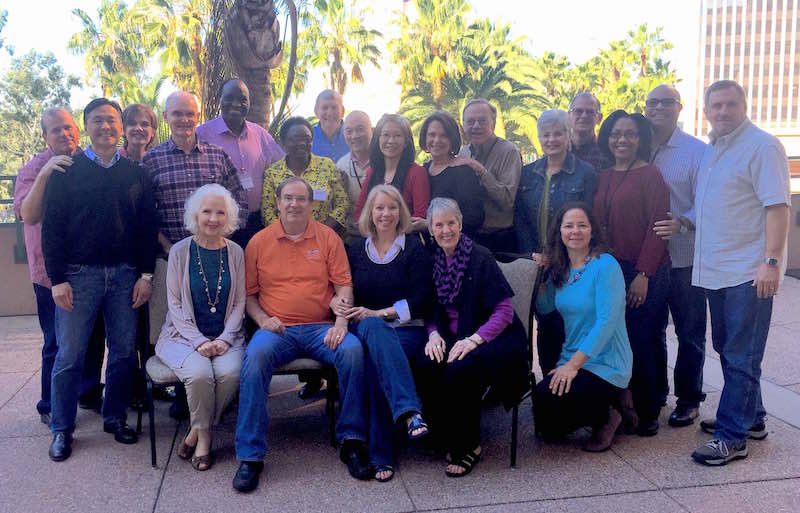 Seventeen thousand disciples participated in the Reach North American Discipleship Conference in St. Louis in July. Several of the service committee members made significant contributions to the content of the conference agenda. The marriage and parenting lessons presented marked the culmination of months of planning, preparation and prayer. Many thanks to Sam and Geri Laing for chairing the sub-committee on family and for the significant contributions of others on the service team who preached and shared on family, marriage and parenting. Frank Kim delivered the message on winning our next generation for God. Wyndham Shaw and Al Baird taught a series of classes on elders and eldership development. The focus was promoting best practices and encouraging discussion on topics such as appointing and removing elders, the elders’ role in oversight and shepherding, and working with a team of leaders.

Raising up more shepherds to oversee and care for the flock remains a strong priority of the service team. Dallas appointed two new elders, for a total of six elders in the DFW Church. Boston, Lagos (Nigeria), Los Angeles, New York City, San Diego, South Florida and St. Louis each also added another elder to their elderships. Churches in Kiev, Charleston, South Carolina, and Springfield, Massachusetts appointed their first elderships. The continued emphasis is on training and appointing non-full-time elders.

Encouraged by the initiative of brothers in our fellowship of churches like Scott Kirkpatrick, the service team began directly addressing the need for greater understanding of how to promote unity in racially and ethnically diverse congregations. The first emphasis is on the issues impacting African-American disciples, both in American society and in our family of churches. Darren Gauthier is leading this effort for the service team and is joined by Walter Evans and Sam Laing in collaboration with other leaders across the North American brotherhood.

Finally in terms of preserving and promoting unity worldwide, the elders helped to facilitate the establishment of the ICOC Events nonprofit entity. This was established to help manage the risks of hosting ICOC-sponsored events and development of the protocol for handling the monetary surpluses generated from events such as Reach2016.

The service team continued to adapt and grow. Walter Evans stepped up to serve as chairman for the service team in the middle of the year. By the fall, the committee had added to its number Jerry and Erlyn Sugarman of Los Angeles to represent that church and region, bringing the number of couples on the service team now to thirteen.

The Elders Service Team is focused on these areas represented by our subcommittees: