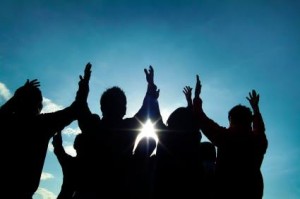 The Singles Ministry in our fellowship continues to be a source of inspiration, hope and joy. Those of us who serve the amazing singles disciples feels humbled and deeply honored to be serving the singles ministry worldwide at such an exciting time as this.

The Singles Service team experienced change of personnel this year. Mike and Damali Abrokwah, currently in Toronto, have accepted our invitation to represent the Canadian family of churches replacing Howard Martin. Howard has been a tireless champion of all the singles in the ‘Great North’ and he will be missed for his humble heart and passions. Our North American team now numbers 30 members and have already begun our expansion plans for 2015 with the goal of being an identified, international team.

Our functioning team sub-committees are:

Another of our primary 20/20 goal was to gather and maintain accurate information on the size and scope of our ministry. We have begun our comprehensive data collection for 2015 and will have an accurate report available by summer of 2016.

Communication has traditionally been this committee’s greatest bogie and we have been going after this issue with vigor. Each of the Service Team members have assembled a list of single leaders in their US geographic regions and have had conference calls with them. As communicated above, we have begun the task of cinching up our international geographic regions. Adam and Bethany Smith are the Disciples Today Singles editors and are tasked with finding fresh and consistent material to put on the website. They are doing a great job!! If you haven’t done so yet, please like us on Facebook to stay further connected!

Chad and Mara are spearheading SURGE (Singles United Representing God EVERYWHERE!) This program gives singles an opportunity to visit smaller foreign churches to encourage and strengthen them. Our aim is to rejuvenate the foreign church in its mission of saving their nation! Coupled with HOPE worldwide, we are creating opportunities for singles to serve with either a humanitarian or missionary focus. We believe these two ministries are inextricably linked, complimentary to each other’s success, yet different enough in scope to warrant separate attention.

God blessed us tremendously as 2,295 brothers and sisters from around the globe gathered in Denver for our 2014 International Singles Conference. We anticipate at least that number for our time in St. Louis for Reach2016! Please make your plans to attend this life changing time of fellowship and inspiration which will impact our ministries worldwide. We are very excited about another innovative and engaging program which will have something for each of our many demographics.

T.I.P. of the Spear! (Mark and Lin Ottenweller)

It is noted that there is only one single person on the Singles Service Team. The committee was concerned that the singles themselves would not be adequately represented in discussions and decisions made. Therefore it was suggested we create a Singles Sub-committee to operate as a “think-tank” of sorts to both identify and rectify current issues facing the singles ministry. That group is what we named the TIP group. Tip stands for :

The  SST thought it very important that we are hearing from singles in their own voice. If we are to authentically service the singles ministry worldwide, we need to be kept aware  of  the real time issues facing the singles ministries. We all understand that it is frightfully easy to become a ceiling over the singles and not remain a service agent to them.

Additionally the SST expressed a desire to raise up single leaders, especially amongst the brothers. To that end, this subcommittee would represent their regional families of churches and are tasked to call, email and visit their local church ministries asking singles what are the real time issues on their minds. This sub-committee would collect that information and come up with solutions to the problems they encounter.  They have had regular conference calls and a comprehensive report of their progress thus far will be made available upon request.

HOPE worldwide Corps affords participants an unparalleled opportunity to better understand the world’s current conditions while growing in their faith. HSC volunteers will return home with a heightened sense of purpose and a broader perspective of the world, but most importantly a better understanding of Jesus’ character and qualities.  The SST is fully behind the mission of HOPE Single Corp and is in close collaboration with Nadine Templer investigating ways to support robust marketing aimed at opening up future service opportunities.

PLEASE be sure to check out the upcoming 2016 HOPE Singles Corps and thoughtfully consider participating in this life changing ministry.

As always, you can go to www.hopeww.org/hope-worldwide-singles-corps for more information.

It’s been a great year for DT Heart and Soul. Currently, DTHS maintains a membership of 321 active members with 28 weddings, three babies, and six engagements (one this week!) on the books from its inception date! In 2015, we have seen nine couples married this year, with six more couples currently engaged. We also welcomed two babies from DTHS marriages! Congratulations to those blessed couples. Go to http://dtheartandsoul.com/site/testimonials for the names, faces, videos, and incredible stories that inspire and encourage us of what God has done through this growing site.

We continue to make changes to the site to better serve the singles ministry. Based on your feedback, we recently implemented a “Code of Conduct” that clarifies expectations of etiquette (e.g. kindness, respect, responding to messages) that we ask from each member of the site.

DTHS was on the road a fair amount participating in regional singles events such as Beachstock in Virginia Beach, a Valentine’s Fellowship Weekend in Kansas City, and a single’s retreat in Hawaii! We have enjoyed connecting with some of you as we work together to build up the singles ministry, and we look forward to seeing many of you at Reach2016!

Intensified implementation of visionary and strategic programs related to reaching, converting and retaining more single men worldwide. This is a long and nuanced conversation, but it is a high priority for the Singles Service Team

International Connection and Relationships- All

The team affirms that we are NOT simply to be the North American Service Team but in real effort the International Singles Service Team. It has taken some time to develop a working infrastructure but to the glory of God we now feel in a position to begin a robust and sustainable relational connection with Singles Ministries around the world. After much deliberation, it seemed prudent for us to work within existing missionary relationships and the following is what emerged from our deliberation and prayer:

We will be working earnestly in 2016 to create a working relationship with at least one representative from that part of the world.

A Bridge program that can more formally and effectively transition young teen and college graduates into singles ministry. The idea of moving into the singles ministry is currently met with mixed reviews and our aim is to communicate what a wonderful chapter of life this next phase can bring.

We are looking forward to our 2016 service team meetings March 17-19, 2016 in Orange County, California. Additionally, we plan to convene for two days of meetings with the North American Singles ministries in St. Louis for the Reach conference. Look for our Spring and Summer reports to be available by September 1, 2016.  And as always, we appreciate your continued support and prayers.